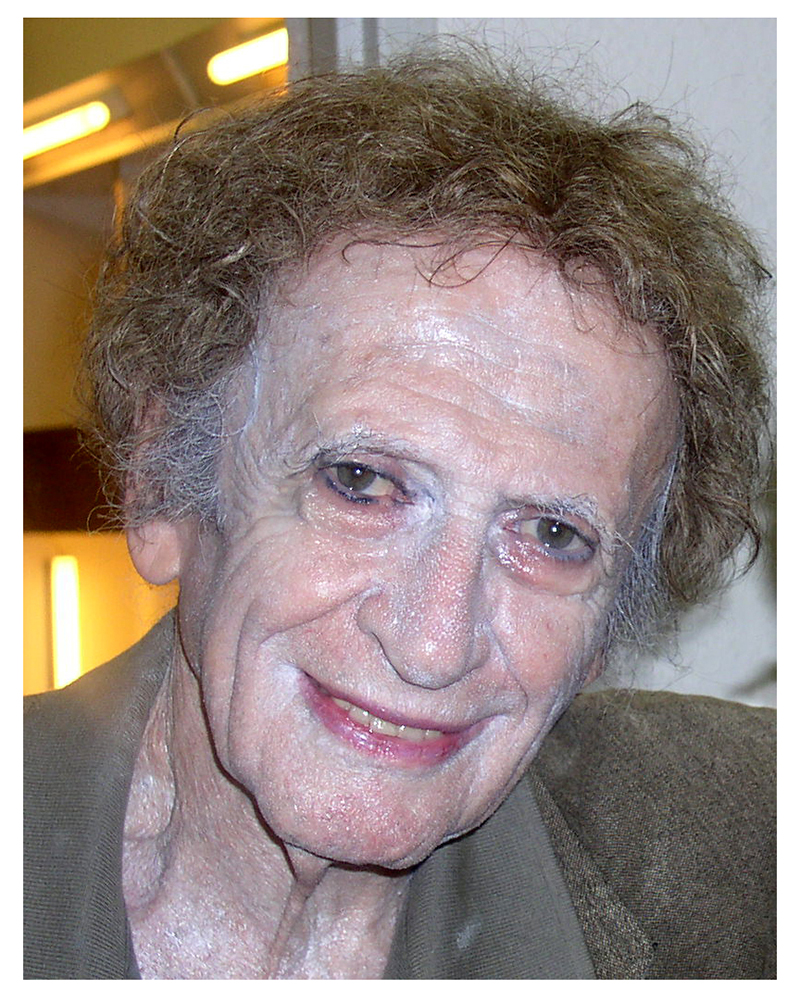 Photos: Marceau in Dresden in 200 4. By Brücke-Osteuropa - Own work, Public Domain, wikimedia.orgThe art of mime or pantomime as it is called out of the Anglo-Saxon culture has lost one of the best artists of all time and according to many the best promoter of mime Marcel Marceau.

Marcel Marceau was a famous French mime artists and professor of mime known for his legendary character “Bip”. He died on September 22nd 2007 at the age of 84 and it was and still is a sad day for the people in theatre around the world and so many of his followers that every year visit his grave in Père Lachaise Cemetery in Paris, France.

Marceau was born Marcel Mangel on March 22, 1923, in Strasbourg, France. In 1944, Marceau's father was sent to Auschwitz, where he died. Marcel and his brother Alain changed their family name to Marceau and joined French Resistance. He was a talented painter so, as the story goes, he had falsified documents for Jewish children, dressed them up as scouts and took them over the Alps to Switzerland to safety. Kids were afraid, hungry, crying so he had to invent a way to entertain them in quiet while they were hiding. In his imagination he turned to his idol Charles Chaplin and “mimodrame” was born and later his legendary character the “Bip”. Marceau and many of the kids survived the Holocaust and the WWII.

Later when Paris was liberated he enrolled in Charles Dullin's School of Dramatic Art, studying with the renowned mime Etienne Decroux.

Marceau was not only the artist but also a great PR mind that created, inspired and used many opportunities to promote the art of mime in different media.

It is known that Michael Jackson borrowed his famous "moonwalk" from a Marceau, they have even performed together when Marcel Marceau was a special guest at the “Michael Jackson: One Night Only”, an HBO television special in 1995. The show was filmed in the intimate settings of the historic Beacon Theatre on Broadway which allowed the audience to watch Marceau’s lyrical mime movements.

Many of his friends and admirers were left with a question:”Will the art of mime survive without Marceau?”

The answer is given by his students Marko Stojanovic from Serbia and Ofer Blum from Israel who have established and run the WORLD MIME ORGANISATION since 2004 and have initiated the celebration of the WORLD MIME DAY on March 22nd the date of birth of Marcel Marceau. After 10 years from initiating it the World Mime Day is now celebrated in more than 40 countries on 4 continents and is just picking up the pace.

Mime is blooming in countries like Bangladesh, India, Indonesia, Georgia, Armenia, Azerbaijan. Countries that have a strong mime tradition are waking up like France, Czechia, Russia, Germany. Marceau’s influence is very strong in South America and Japan.

The World Mime Organisation is trying to bring all those people together, unite them in finding new ways for the art of mime to survive in the new social, financial, media and technological conditions of the 21st century.

We should never forget that non-verbal communication is the first language humans spoke and it is in our nature to tell stories so probably first story-tellers were mime artists.

So, we believe that as long as there is human kind there will be the art of mime but we have to do more for it, help it evolve, change adapt.

The World Mime Organisation is preparing the first World Mime Conference and Students Mime Festival that will take place in Belgrade in March 2018.

We are also accepting new members from all over the world. It is not necessary for you to be a mime artist just to respect, love and enjoy the art of mime as we have a lot of members in that category that are actually our audience and not professionals.

You can listen to the Marko Stojanovic interview about the World Mime Day 2017 for the Australian ABC Radios show “It's Just Not Cricket with Glynn Greensmith”.

Or watch the speech at the ITI World Congress in July 2017 in Segovia, Spain:

Or become a member of the FB group: www.facebook.com/groups/worldmime/

World Mime Day should belong to humanity but history should also remember the three initiators of this idea Marko Stojanović (Serbia) More...